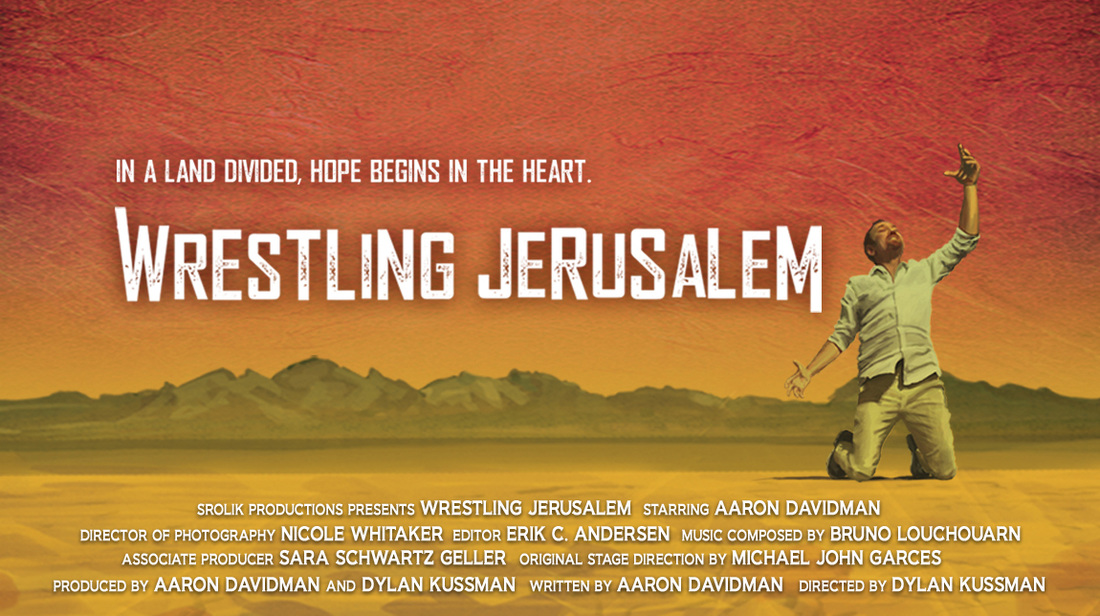 In a tour-de-force performance, writer-actor Aaron Davidman conjures a host of different characters while seeking answers to the Israeli-Palestinian conflict in "Wrestling Jerusalem."

Creatively adapting his acclaimed one-man stage show using only simple props and backdrops, Davidman takes a multidimensional journey into the heart of the Middle East, and the intersection of politics, identity and spiritual yearning. He embodies and gives voice to 17 different characters on all sides of the existential divide –deftly moving between male and female, Jewish and Muslim, Israeli and Arab– modeling what it takes truly to bear witness through the eyes of the other. Challenging long-held beliefs with sharp and unblinking observation, Davidman finds both entrenched isolation and shared humanity in the shifting moral compasses and competing narratives of all his characters.

The film will be followed by a conversation with Aaron Davidman.

The event will be held at the Donohue Auditorium October 11th at 7:00pm. View the trailer here.