Eric Deggans | Race-Baiter: How the Media Wields Dangerous Words to Divide a Nation 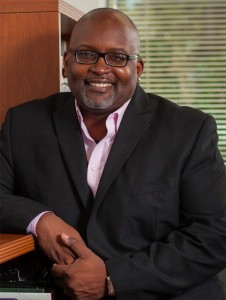 February 23, 2016 | 6:30 pm Donahue Auditorium, Dolan Center for Science and Technology Book signing at 7:30 pm (This event is free to attend and open to the public.) Race-baiter is a term coined by the conservative media to describe a person who uses racial tensions to arouse the passion and ire of a particular demographic. Eric Deggans will dissect the powerful ways modern media feeds fears, prejudices, and hate. Even as the election of the first Black President forced us all to re-evaluate how we think about race, gender, culture, and social class lines, some areas of modern media are working hard to push the same old buttons of conflict and division for new purposes. Eric Deggans is NPR's first full-time TV critic. Deggans came to NPR in 2013 from the Tampa Bay Times, where he served a TV/Media Critic and in other roles for nearly 20 years. A journalist for more than 20 years, he is also the author of Race-Baiter: How the Media Wields Dangerous Words to Divide a Nation, a look at how prejudice, racism and sexism fuels some elements of modern media, published in October 2012, by Palgrave Macmillan.

This event is part of the Dr. Shirley S. Seaton Cultural Awareness Series, which illuminates various cultural perspectives to help sharpen an understanding of the ways in which we are all interconnected. These events provide exciting opportunities to engage the campus community in outside-the-classroom learning. Contact the Center for Student Diversity and Inclusion at John Carroll for more information at 216.397.4185.