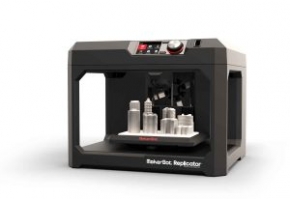 3D printing is the process of taking a digital model and making it a physical object. Whether you have a 3d print project ready to go or just a few questions, the CDM is here to help! Listed below are some projects recently undertaken using the Center’s MakerBot Replicator.

This was a project focusing on the Oophaga pumilio also known as the Strawberry Poison Dart Frog. The research topic is asking the question: Does aposematic coloration in the poison frog, Oophaga pumilio, play a role in male territorial disputes? The class focused on creating models of frogs in order to test a hypothesis of how male territorial disputes occur based on coloration of skin. The picture below shows the difference between a 3D printed frog that was colored and an actual Strawberry Poison Dart frog in the wild!

The JCU Center for Digital Media was used for an assignment in BL350/L Comparative Vertebrate Anatomy, which is offered in the Department of Biology. Students were given a project to print and identify the anatomy of several species of reptiles and amphibians from images captured with computed tomography (i.e., CT scanning). Through this project, students learn how to access 3D images in the form of .stl files from the Morphosource website, and how to modify these images for printing. Images were scaled and rotated, then printed on the MakerBot 3D printer. Once printed at a larger scale, tiny aspects of anatomy could be identified and labeled; the same can be done with large specimens that can be printed at a smaller scale. Students learn how to use digital media to print hard copies of specimens that they can take with them at the end of the class.

The CDM used 3-D printing to create pieces needed for a Psychology lab activity that were no longer available from the original manufacturer.

In the activity for the Sensation and Perception lab, students map the color sensitive zones of the eye. Contrary to our conscious experience, we can only detect color in the center of the visual field. In this activity, the observers keep one of their eyes focused straight ahead and the other eye covered. The observers hold a “color perimeter” against their cheek bones and another student gradually moves a small tab with a colored square on it into their visual field. The observers say when they first notice something in their peripheral vision and, as soon as they think they know the color on the tab, they report it. Frequently they are wrong. When they correctly report the color, another observer records the degree of visual angle, shown on the color perimeter, where the color was perceived. Several of these small tabs have been lost over the years, and were not available from the original source. The CDM reproduced enough of them to have completely new sets of tabs for the seven color perimeters used for this laboratory activity. 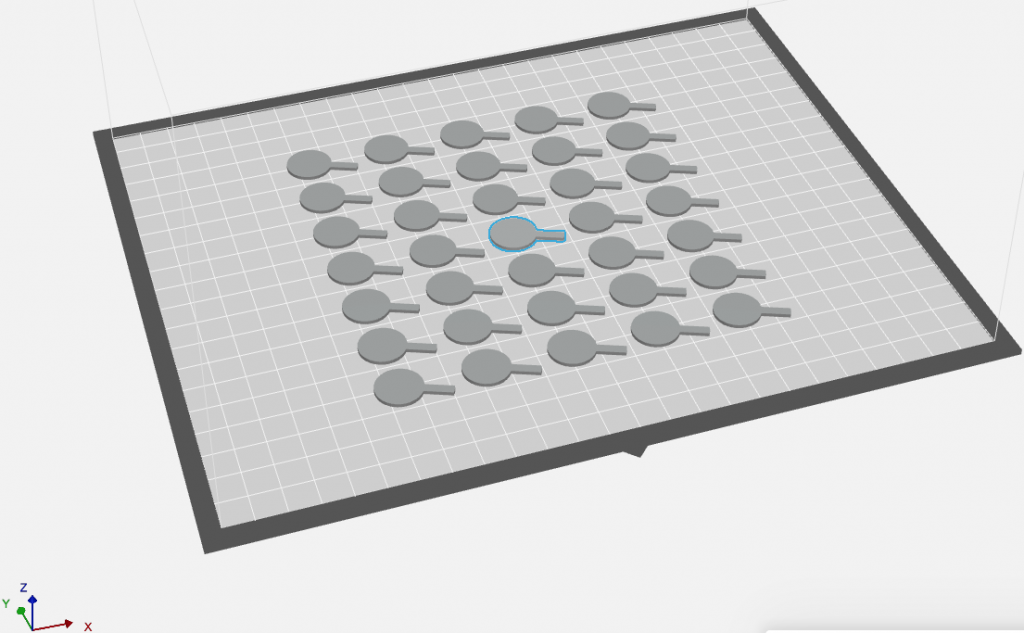