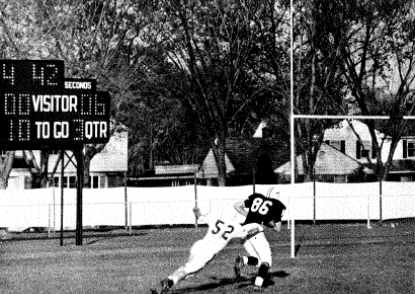 On The Shoulders of Giants

John Carroll enjoyed five magical gridiron autumns from 1959 to 1963 under the dynamic leadership of Head Coach John Ray, whose exploits are not only legendary at JCU, but also at Notre Dame, where he won a national championship as Ara Parshegian's Defensive Coach, and the University of Kentucky where as head coach he was the prime mover in funding and constructing a modern football stadium as well as establishing a respectable football tradition at an institution previously known exclusively as a basketball power. Friends of the players were not immune to the magnetic influence of the coach as they were deluged daily with his quotes and leadership philosophy by their football buddies.  Winning football was a powerful unifying force on campus bringing together as it did many factions within each class and leading to a mingling of the various classes in the stands and at pep rallies. 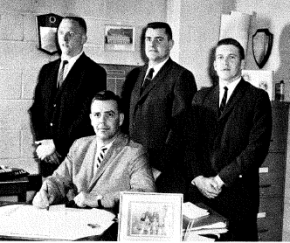 It would be a mistake to look at the back-to-back undefeated seasons as a ho-hum fait accompli. It was truly a tale of two seasons. The '62 Blue Streak season, led by legendary Captain Pete Attenweiler, was indeed a methodical dismantling of the Presidents Athletic Conference by a team christened with the appropriate nicknames, “Roadrunners” (offense), “Wolfpack” (defense), and labelled "John Crushall" in a Plain Dealer headline. Only one game was ever in doubt. Western Reserve did their best to spoil our homecoming weekend, holding the game scoreless through three quarters. Once MVP Ray Serina burst 39 yards for the game's only score, there was a collective sigh of relief that it was over, so dominant was the swarming Wolfpack defense. The '62 team established 4 NCAA defensive records (fewest yards allowed per rush, fewest rushing per game, fewest total yards per game, fewest yards per play) and 12 PAC records split evenly offense and defense. The only bad news was that the immensely talented seniors graduating that year totaled 14 leaving huge gaps to be filled with incoming juniors and sophomores.

The seniors returning for the '63 season had experienced the euphoria; now dawned the realization that an encore might prove difficult, even with 4 returning All PAC players. In a show of student support during halftime of the first game senior class officers presented President Hugh Dunn with a Victory Flag designed to fly center quad after each win. Gloriously it flew constantly in 1963 but it wasn't a sure thing.

Scores throughout the '63 season were tighter and outcomes frequently in doubt. Jim Heavey repeated his brilliant punt return performance of previous years and the resulting field position was often the margin of difference in several close contests.

He was named Homecoming MVP with over 100 punt return yards. Then came the game of the year.

Greatly anticipated throughout north Ohio, the Streaks traveled out of conference to Ada, Ohio to meet the highly-touted unbeaten Ohio Northern Polar Bears. Sensing the importance of the matchup, two seniors on Friday afternoon attempted to start a spontaneous pep rally by walking the quad and encouraging dormers to join a march to the practice field. They met a discouraging start being initially urged to "pipe down, we're studying".  Fortunately they were quickly joined by several underclassmen and the group grew exponentially, eventually swelling to almost 100 lustily cheering fans. Coach Ray sent a team member to express his gratitude and request they stay at a distance to not interfere with the important final practice. Players later stated the outpouring was a greatly appreciated surprise and a real stimulus to team morale. In Ada the suspense was thick whether the Streaks could match up with the larger Polar Bears, especially when their first possession started from the 1 foot line. QB Gus McPhie engineered a masterful 99 yard, 18 play drive for a 7-0 lead. Later in the first half defensive Captain Ron Timpanaro returned a partially blocked punt 57 yards for a 14-0 lead, which completed the scoring for the night. Ball control and dominant defense sealed the victory. 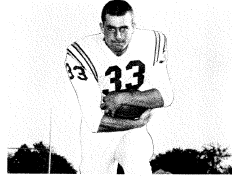 The biggest scare of the year came once again from Western Reserve, who held an astonishing 3-2 lead with 3 minutes left in the game. Carroll had one last chance with possession at midfield. Heavey scampered 25 yards to get within striking distance, and with 2 minutes remaining, McPhie found Jack Loeffler, surrounded by three defenders in the end zone. His spectacular leaping catch completed the nerve-wracking comeback.

The season finale presented one last challenge as PAC co-leader W&J visited for the championship showdown. The Presidents held a 6-0 lead into the 4th Quarter when McPhie pulled off the only razzle-dazzle play of the year - a double reverse with a lateral back to him, and a 33 yard pass to captain Dick Koenig for a 7-6 lead. An 18 yard pick-six interception by Dick Sands made it 14-6 and sealed the repeat undefeated season. 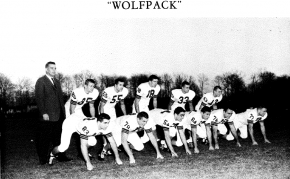 Fast-forward fifty years to a truly magical night at the 2013 Hall of Fame dinner when members of the undefeated teams of '62 and '63 were gathered for induction into the Blue Streak Hall of Fame, joining the undefeated '59 team which had been inducted several years before. '62 defensive captain Tim Gauntner and '63 captain Koenig commanded the second story dais with a dignified and thoughtful review of the two seasons as members of both squads spread across the landing and spilled down the double set of stairs to either side. At one point in the presentation Koenig noted several '64 fans in the audience and talked about the importance of fan support, especially at away games.  Receiving an ovation from the gathered HOF recipients one of the fans remarked "first time I've ever been applauded for being a loudmouth." Afterwards, settling in at Pizazz to debrief the evening, the obvious bond of friendship and brotherhood among the teammates was readily apparent as wisecracks and good humor flowed up and down the long table as swiftly as the pitchers of sustaining refreshment.

It was a memorable night to recap a very memorable period in John Carroll sports history.

In many respects, the success of the JCU football program throughout the years came as a result of the foundation set during this and previous eras. All future Blue Streaks will stand on the shoulders of these giants.