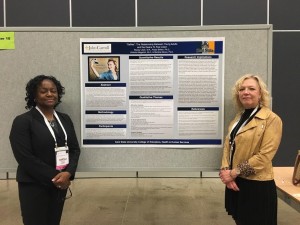 "According to the Pew Research Center (2014), 74% of adults online use social networking sites, with young adults between the age of 18 to 29 representing the vast majority. Although research has begun to explore the effects of social networking sites on the wellbeing of young adults, virtually no research exists that explores “Selfie” behavior, or the act of posting a self-photographed picture of oneself on a social media site. (Kim, 2014; Michikyan, Subrahmanyam, & Dennis, 2014). This poster presentation reviews the existing research on the effects of social media on young adults and offers the present research findings.

The authors’ study explored the purpose and impact of “Selfie” posting behavior in young adults. The findings of this research are consistent with research conducted by Lee (2014), in which a positive relationship was found between Facebook use intensity and social comparison.  Additionally, the authors’ research points to the importance of positive self representation among young adults on social media. Finally, our findings may supplement results from Meier & Gray (2014) in which a relationship between photo activity on Facebook and greater thin ideal internalization and self-objectification was found. Implications for clinical and school counselors are also identified" (Litam, Britton, Biegerich, and Moore, 2014). 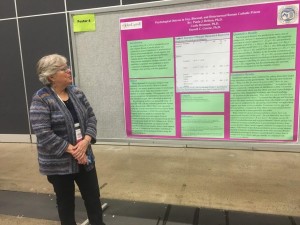 "An online survey (N = 103) of secular/diocesan and religious Roman Catholic priests was  conducted to assess contributions to psychological  distress from sexual identity, social support, and  fear of compassion. Gay and bisexual Roman  Catholic priests were compared to their  heterosexual counterparts on these variables, and  qualitative responses were gathered. to assist  counselors in defining treatment needs and  strategies when working with this population" (Greene, Brennan, and Britton, 2015).