Tuohy Lecture presents Indian musical concert Remembering the Divine: Devotional Music in South Asia. The performance will take place on Wednesday, April 20, 2016 at 7:30 p.m. in the Donahue Auditorium. This event is sponsored by The Walter and Mary Tuohy Chair of Interreligious Studies and it is free and open to the public! 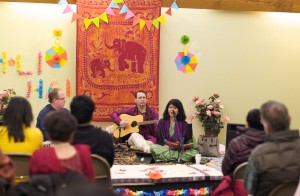 Remembering the Divine: Devotional Music in South Asia Ranging from ecstatic to philosophical, India’s rich tradition of devotional music has spanned the centuries, recently gaining popularity in the West through kirtan. In ancient Vedic and tantric cosmogonies vibration (naad) is the source of all life and is the root of consciousness. Beginning in the 14h century heterodox movements in both Hinduism and Islam offered a path to the divine through love, devotion, and surrender. The Bhakti movement was open to all, regardless of gender, caste, or social status, and utilized music as a central method for spiritual development. India’s unique tradition of devotional music encompasses musicians such as Amir Khusrau, poet-saints like Kabir Das, and the Vishnava movement—its message of tolerance and the immanence of the divine have continue relevance in the 21st century. 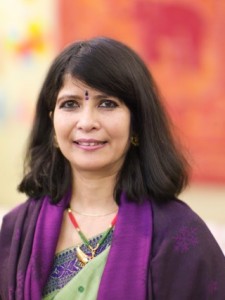 UTPOLA BORAH, Ph.D. Utpola is an exponent of North Indian classical vocalist, captivating audiences worldwide with her artistry. She is an exponent of the North Indian classical style of khyal, thumri, dadra, ghazal, sufi songs, and bhajan, regional songs of India. Utpola’s mastery of various genres of Indian music comes from her extensive study with Padmashri (Dr.) Prabha Atre, Vidushi Malashri Prasad, Pandit Indralal Dhanda, Ustad Iqbal Ahmed Khan and Ustad Ballu Khan Warsi of the Kirana, Banaras Udaipur, and Delhi Gharanas (traditions) respectively. Utpola is an accomplished concert performer and is regularly featured on All India Radio and numerous television networks. Following the path of her masters her goal is to impart India’s ancient music traditions to new audiences. She has been imparting music lesson (both in person and online through Skype), master classes/workshop/lecturer demonstration in North Indian classical vocal music for several years in USA and abroad. Utpola holds a Doctorate degree in Music from University of Delhi, India. Currently, she is working for the Columbus Metropolitan Library, USA, and Arts learning/Artist in Residence, Ohio Arts Council, USA, and Research fellow for the Advancing Interdisciplinary Research in Singing (AIRS) project in University of Prince Edward Island, Canada. 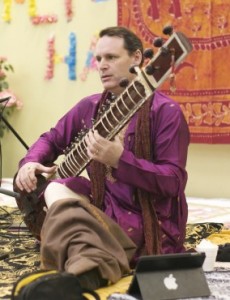 HANS UTTER, Ph.D. Hans Utter is an exponent of the prominent Imdad Khan gharana, an unbroken line of seven generations which has made significant contributions to the development of classical Indian music. As a disciple of Ustad Shujaat Khan, son of the illustrious sitarist Ustad Vilayat Khan, Hans has trained intensively in India for nearly two decades. Hans’ unique musical background combines professional experience in diverse styles including jazz, Western classical, electro-acoustic music, and composition. He performs regularly in the United States, India, and Europe, and is the recipient of sixteen national and international awards and grants, and has worked with artists such as Dizzy Gillespie, John Abercrombie, Ustad Shujaat Khan, Hidayat Khan, Steve Gorn and Chuck D. Recently his composition and music ( Director of the music video is Brian Zahm) has been selected for the Athens International Film Festival http://vimeo.com/78422009, he was also featured in Zee TV with the Sufiana group of Hidayat Khan and others. Hans holds a Doctorate degree in Ethnomusicology from The Ohio State University, USA. He taught Ethnomusicology in The Ohio State University and Capital University, USA for several years. He lectures frequently around the world on various topics including Sufism, Indian music and Music & culture of Central Asia. Hans has been imparting music lesson (both in person and online), master class/workshop/lecturer demonstration in North Indian classical sitar & guitar, Western jazz & blues in guitar for several years in USA and abroad. Currently, he works as an Arts learning/Artist in Residence, Ohio Arts Council, USA and Research fellow for the Advancing Interdisciplinary Research in Singing (AIRS) project, University of Prince Edward Island, Canada. 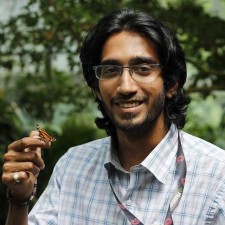 SHIBI LIKHITE, Ph.D. Shibi Likhite is persistent follower of the Indian classical music since his early years. Being a disciple of Smt. Ranjana Godse (Godse Vadyavadan Vidyalay, Pune, India), Shibi has an extensive training in Harmonium and has completed his Visharad in North Indian classical music. Shibi is an accomplished concert performer and has accompanied various artists and groups across India and USA performing Indian classical as well as non-classical music. Apart from performances, he has also been involved in introducing the music enthusiastics to Indian classical music by imparting music lessons for Harmonium/synthesizer. Shibi holds a Doctorate degree in Molecular Cellular and Developmental Biology from The Ohio State University, USA. Currently, he is working as a Post-Doctoral Research Fellow at the Nationwide Children’s Hospital on development of Gene therapy for neurodegenerative disorders. He is also a part of Columbus Maharashtra Mandal and has been highly involved with the associated cultural performances. "BILLA" JAGJIT SINGH-JI Billa Jagjit Singh-Ji works at Gurudwara Sahib, Bedford, Ohio and is the official Tabla player for their musical services. He performed at the One World Festival in 2015. //