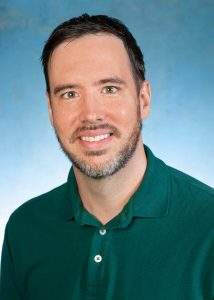 University, is part of an international team of researchers whose work was recently published in the journal, Nature. The featured scientific paper describes how many of the world's species are literally living on the edge. As humans alter living environments around the world, much of the remaining forest occurs as small, isolated patches near boundaries with cities, roads, and farmland. In their paper, Dr. Watling and his colleagues describe how 85% of species included in their study responded to these forest edges. Some edge effects were positive, and some were negative, but they represent a pervasive aspect of human influence on the natural world. "Biodiversity is essential for human well-being," says Dr. Watling. He explains: "The world's species provide a source of natural compounds that become life-saving drugs, harbor genetic diversity that increases agricultural output, and regulate pest populations that spread human disease. As species are lost as a result of human alteration of natural habitats, we lose all the potential benefits those species could provide us." More information about the research can be found here. A short animation describing the main results of the study is accessed here. Nature is the leading, international weekly journal of science. Contact: Tonya Strong-Charles |  Executive Director of Media Relations | 216.397.1958 or tstrong@jcu.edu