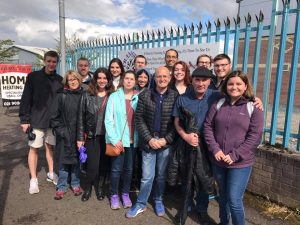 The Northern Ireland Peace Building and Conflict Transformation Program at John Carroll University is one of the many international immersion opportunities available to students. As part of the University’s Peace, Justice, and Human Rights curriculum, it provides students with real-world learning experiences in domestic and global situations. Philip Metres, Ph.D., a professor in the Department of English, and Dianna Taylor, Ph.D, a Department of Philosophy professor, teach classes for the Northern Ireland program, which began in 2004 and has continued to grow as students and faculty are challenged by the complexities of the historical conflict known as “The Troubles.” Since the late 1960’s, Northern Ireland has struggled with sectarian conflict, between those who identify as Irish and those who identify as British. 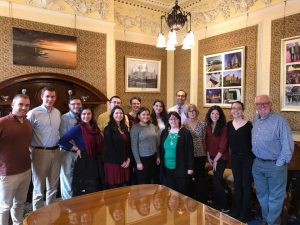 Class titles offered in spring usually include “Irish Literature and Film,” and “Self and Society,” which are taught by Metres and Taylor, respectively, in preparation for the trip. They then travel to Northern Ireland and Ireland with their students near the end of the academic year, further exploring the historical and cultural aspects of the conflict and the ongoing conflict transformation. According to Metres, one of the most beautiful moments of the trip was a visit with Linda Ervine, a woman from the loyalist community (British-identified) who lived through “The Troubles.” Ervine works to teach the Irish language in a part of the city that is predominately loyalist (pro-British). “Imagine someone who lives at Ground Zero in Manhattan and knew people who died in the towers during the attack of 2001, and started teaching Arabic because they thought it was a beautiful language,” says Dr. Metres. "Linda’s work is about humanizing people. She is trying to understand the opposite side of ‘The Troubles.’ The Peace Building Program is bringing awareness about the country’s process of transformation to JCU students, to help them come home with examples of how societies can move from confl 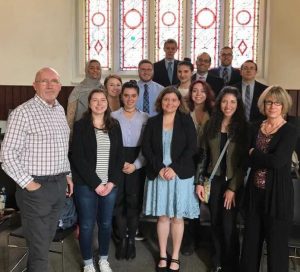 ict to cooperation." Students interested in learning more information about the Northern Ireland Peacebuilding and Conflict Transformation Program can reach Dr. Metres at Pmetres@jcu.edu. This article was written by Alondra Garcia, JCU Class of 2018.