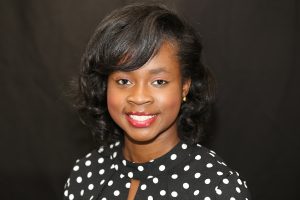 Krystal Milam is a 2016 John Carroll graduate pursuing a master's degree in law. Learn more about her John Carroll experience, in her own words:  I received a world-class education while attending John Carroll University as a political science major. My academic and extracurricular activities prepared me for where I am now. My coursework and on-campus life presented several learning experiences that played a role in shaping my perspectives of the world. During my senior year at JCU, I was selected for a fellowship with the Friends Committee on National Legislation, headquartered in Washington, D.C. I was among 18 young people from around the country, and the only person selected from Ohio’s 11th Congressional District, to work on lobbying Congress on the issues of climate change and mass incarceration. This experience solidified my interest in public policy.

Following my graduation from John Carroll, I worked with ABC News as a political production associate intern for the 2016 Republican National Convention (RNC) in Cleveland. Currently, as graduate student at the Columbus School of Law at Catholic University of America (Washington, D.C.), I am finishing a Master of Legal Studies (M.L.S.) in political law. As a part of my concentration in political law, I am specifically training to deal with legal issues that arise before, during, and after an election and the various activities involving campaign politics, legislative drafting, and issue advocacy. As a John Carroll graduate, I feel that one of the most valuable things I learned was how to become a critical thinker. I encourage current and future JCU students to think critically about how you will use your knowledge and experience to make positive changes in the world. Contact: Tonya Strong-Charles |  Executive Director of Media Relations | 216.397.1958 or tstrong@jcu.edu