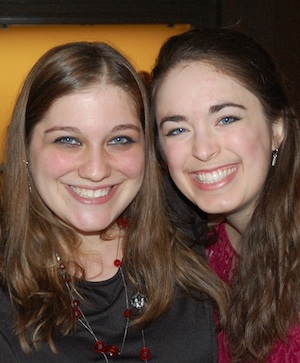 Blanchard read a memoir essay she composed for a creative writing course taught by JCU English professor Philip Metres, Ph.D. Her piece, “When a Fortune Teller Asks You a Question, Don’t Think about Your Underwear,” also will be published in the forthcoming edition of the Sigma Tau Delta Rectangle literary journal. “My favorite part of the convention was being surrounded by people who love words and stories just as much as I do,” said Blanchard, who is majoring in English with a minor in Catholic studies. “I met novelists, children’s writers, nonfiction writers, poets, playwrights, and screenwriters. Every one of them was so friendly and encouraging, and it created an incredible sense of solidarity.” Blanchard assists fellow students as a consultant in JCU’s Writing Center. She also participates in the University’s Arrupe Scholars Program, which recognizes students’ commitment to intellectual inquiry and engaging in social justice and community service that leads to social action. Her service experiences include immersion trips to work with children in Ecuador and with international refugees in Louisville, Kentucky. Blanchard is preparing for a third immersion trip to Uganda this summer. Ferlotti, an English major and communication and theatre arts minor, read a poem titled “Three Generations” at the convention’s open-mic night. She also participated in the “bad poetry” competition, sharing a poem she wrote in 5th grade. “I went to a workshop led by poet Gary Dop, during which I wrote two poems that I feel are some of my best works,” said Ferlotti. “I also took a screenwriting workshop, led by Gary, which convinced me to sign up for the screenwriting class [at JCU] next semester.” Ferlotti’s writing and photography have been featured in the John Carroll Review, the University’s student-edited literary magazine. She also serves as a consultant in JCU’s Writing Center. In addition, Ferlotti works as a disc jockey and personnel director at the student-run WJCU radio station, teaching radio certification classes for staff members. The JCU chapter of Sigma Tau Delta was established in 2011 to provide recognition, scholarly activities, and professional development opportunities for students of English. JCU’s Department of English offers undergraduate major and minor programs, including tracks in creative writing, literature, and professional writing.  The department also offers a graduate program in English.