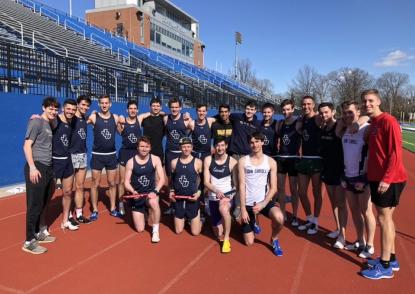 Change came quickly to John Carroll’s campus this month. Classes transitioned to online, students left for home, spring athletics were canceled. In the midst of uncertainty, the John Carroll Cross Country team found an opportunity to commemorate their seniors with a ceremonial last run as a team on the track at Don Shula Stadium.

On Friday, March 13, at 2:30 p.m., men’s and women’s Cross Country athletes met at their usual spot for what normally would have been a practice. Always looking for some additional competition, they drafted teams, named the seniors as captains, and set out for a 4x800 meter race. As the last leg of the race approached, seniors Matt Hallgarth, Jack Kawalec, Ryan Scanlon, and Patrick McGuire took the hand off. The race then turned into something more for those athletes that were participating.

“Jamie Amoroso and myself are the only two senior girls on the distance team and decided to join in for the final lap,” said senior Lyla Graham.” Running our last lap around the track with all the seniors was symbolic for us, as we were trying to make the best out of a bad situation. The last 100 meters, our teammates lined the track and clapped as we all finished together. This just shows a glimpse of how tightly knit our team is and how we stick together even through tough times.”

Amoroso shared Graham’s sentiment, adding: “This team is like no other, it’s about more than just running, we are a family. The love we have for each other is something you won’t find anywhere else.”

“The last run was an experience that made myself very grateful to have been a member of this team. I could have not been more proud to have been a Blue Streak.” -Jared Kowalec

The run was an impactful way to celebrate the careers of senior athletes and a season that has been cut short due to extenuating circumstances. The positive outlook that the John Carroll Cross Country brought this past week extends beyond the lines on the track. Their resilience inspires others on their team and in the community,

“That practice was really special and important to have. I'm thankful to have a wonderful coaching staff who immediately gave us the freedom to write our own ending to a bad story,” said senior Patrick McGuire. “It was a bright light in an otherwise dark and tough week for everyone and I will always remember it.” 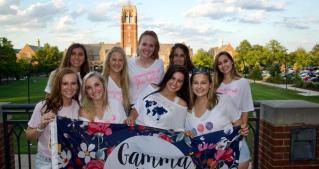 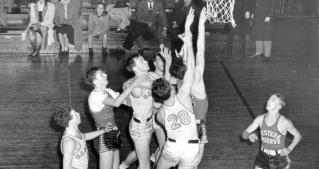 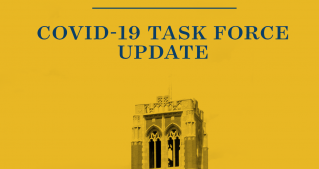