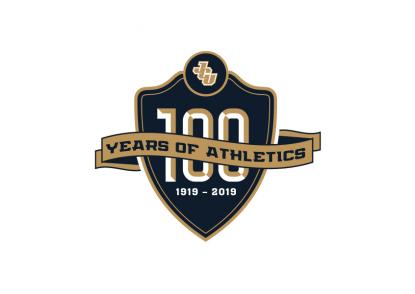 From humble beginnings, and without much fanfare, on December 20, 1919, the first varsity intercollegiate athletic contest in the history of St. Ignatius College was held in a small gym on the west side of Cleveland.

Tucked midway down page 17 of the December 20 edition of the Cleveland Plain Dealer was a headline that read “Saints Play K. Of C. Five”. A small preview article followed which heralded the opening of the St. Ignatius College basketball season, and included the announcement of future dates against Kent Normal and Ashland.

The St. Ignatius Saints would win that first game, 29-17, effectively launching a century of athletic endeavor.

The 2019-20 school year marks the 100th anniversary of the beginning of intercollegiate athletics at John Carroll University, and the school is prepared to launch a year-long celebration to commemorate the milestone. Each day, from now until July 31, 2020, jcusports.com will highlight the people, the places and the games that have helped define the history of athletics at John Carroll.

There will also be events throughout the year both on and off campus that will celebrate the first 100 years.

This piece originally appeared on jcusports.com on Aug. 1, 2019.