An Ode to JCU: Katie O’Connell '19 leaves her mark with gratitude 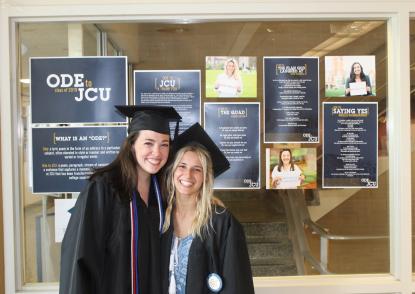 The Merriam-Webster dictionary definition of an “ode” is a lyric poem usually marked by exaltation of feeling and style, varying length of line, and complexity of stanza forms.

For Katie O’Connell '19, an ode was a way to articulate her gratitude in the fleeting moments of her four years at John Carroll.

She found inspiration at a winter break exhibit in her native Illinois where students in the Chicago Public Schools recognized and gave voice to things in their community.

“It was an idea that transferred easily to John Carroll,” O’Connell said.

What followed was her “Ode to JCU” series, which debuted in the Grasselli Library and Breen Learning Center shortly before commencement and continues to run this semester.

Together with Kahrin Spear '19, who served as photographer on the project, she developed a Google Doc that was distributed throughout the senior class. The prompt was simple: show gratitude to someone, something or someplace at John Carroll that made a difference during the undergraduate experience. 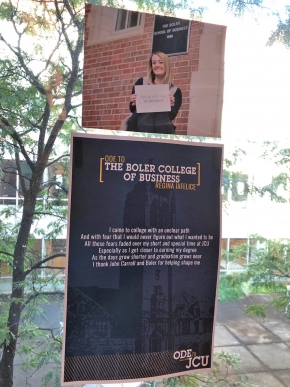 Tributes poured in recognizing professors who went the extra mile, buildings where significant events took place and roommates who turned into best friends. No topic was off limits — cafeteria sushi and a local cab company made the cut.

O’Connell considered several spots to display the ode posters and photographs, but ultimately settled on the library.

“Originally, I thought it might give family and friends a glimpse at the JCU experience during commencement, but we realized pretty quickly that it impacted a lot of people on campus — faculty, students — and also our own classmates,” O’Connell said.

The articulations of gratitude made a visible impact on the JCU community. 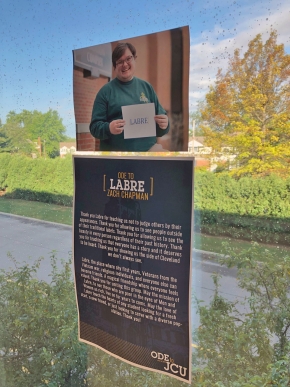 O’Connell and Spear kept the gratitude flowing on a five-week journey across America following graduation. The duo captured their experience via Instagram @mylifeanode, which they defined as “an invitation to adopt a thankful mindset.” They spent time reflecting on their lives, John Carroll and the stories of individuals they met along the way.

“It’s easy to be grateful for a vacation or a trip because you’re looking for a transformative experience, but I think it’s even more powerful when you can pay gratitude to things in your backyard, at a place that’s really important to you,” O’Connell said.

Ode to JCU was funded by the Tim Russert Department of Communication. 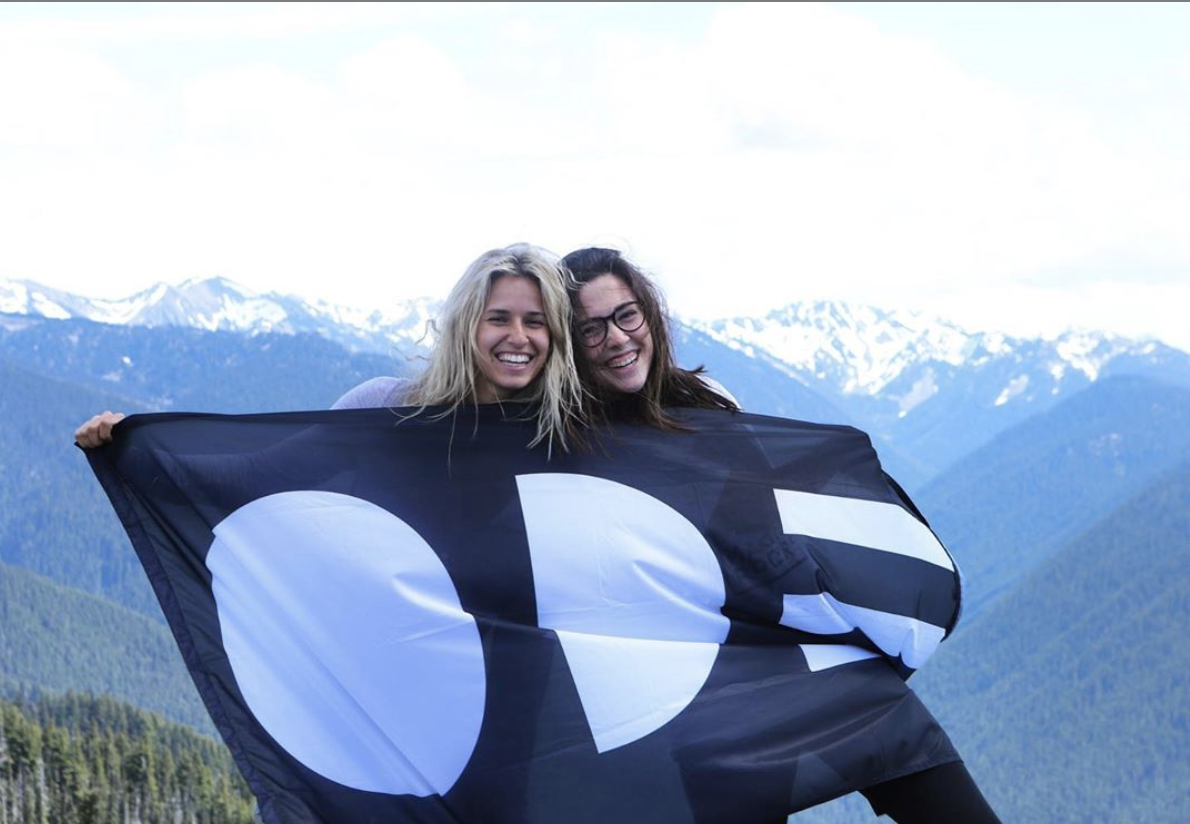