Students who participate in experiential learning opportunities find themselves better prepared for life after graduation. By practicing in the real world what they learn in the classroom, students graduate with the basic and needed muscle memory to grow into successful professionals. Because one of our goals is to help students develop praxis, the Department of Political Science encourages students to participate in extracurricular opportunities, including those within and outside the academic world.

Below are some of the opportunities you will find through our department.

Model Arab League is a diplomatic simulation and leadership development program. It is designed to give students insight into the Middle East and Arab world as well as build critical leadership skills, such as public speaking, negotiation, and compromise.

Model Arab League is a program of the National Council on U.S.-Arab Relations and allows emerging leaders to learn firsthand what it is like to put themselves in the shoes of diplomats and other foreign affairs practitioners. In the process, students come to realize how different the realities of international relations are in comparison to what they previously thought.

Grappling with the international challenges of representing the needs, concerns, interests, and foreign policy objectives of a government other than their own helps students deepen their knowledge and understanding of the Arab world and its peoples while developing their ability for reasoned argument and debate. 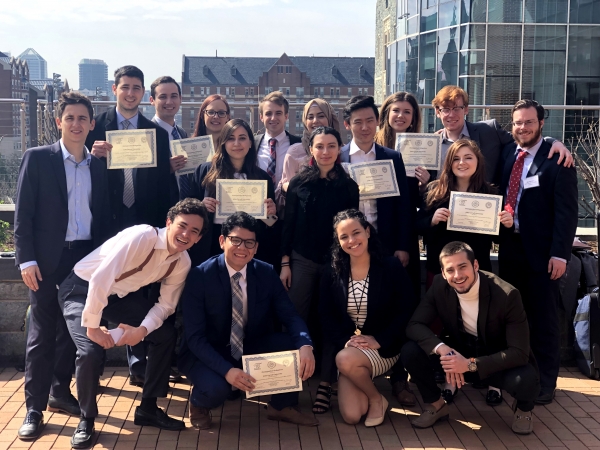 Pictured above: MAL students finishing their participation at the national competition (2019)

For more information on joining the JCU delegation, contact Professor Mona DeBaz at 216.397.4324 or mdebaz@jcu.edu.

Detailed information about the history and structure of Model Arab League is available in the MAL Handbook.

Offered as a three credit course every fall semester, the European Union Simulation brings students from throughout the nation to converge on Washington, D.C. over three days in mid-November. Students engage in professional-level political briefings and participate in simulated meetings of the European Union’s primary decision-making bodies.

The program is structured so that students understand how international governments deal with modern political problems. By researching and writing resolutions that deal with the issues facing the European Union, students learn to identify and design solutions to major global and regional difficulties. Students develop and practice diplomacy; negotiation; and useful analytical, organizational, and public speaking skills while strengthening their ability to engage in parliamentary procedure and spirited debate. 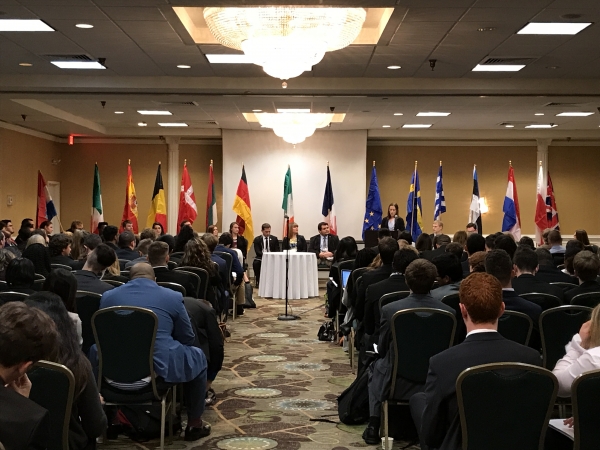 The Berlin Seminar is a course offered through both the Political Science and History Departments at John Carroll University every odd-numbered spring semester since 2001. In preparation for an immersion trip to Germany during Spring Break, students read intensively into subjects that include efforts to come to terms with the Nazi and East German pasts, treatment of minority groups, and foreign and defense policy. The course focuses on the experience of dictatorships and their aftermaths, and how Germans have worked to transform political cultures predicated on intolerance and violence into a commitment to more just and equitable societies after the Nazis and again after the Cold War. 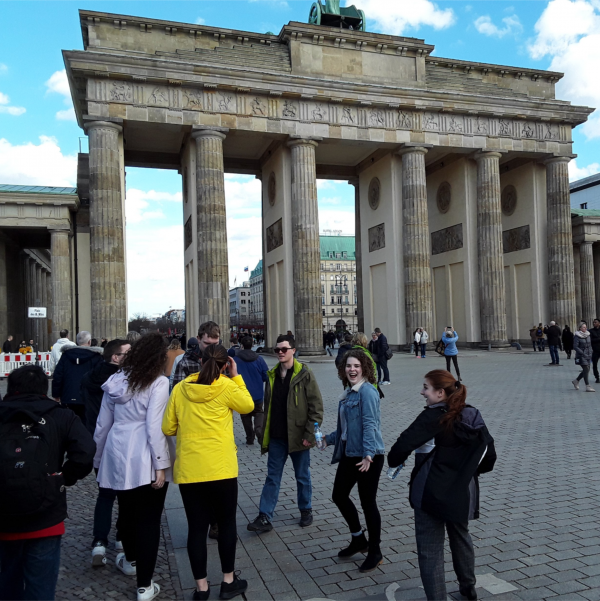 Pictured above: Students from the Berlin Seminar in Germany during Spring Break 2019.

Rant on the Rails: Thursdays at R's Kitchen

A popular occasional series started in fall 2017 by Dr. Jen Ziemke (political science), Rant on the Rails joins both prominent and student panelists twice per semester to discuss important issues at the local, national, and international level.

Past panel discussion topics include: War in Korea?; Journalism: We Don't Fake It; The Border Wall; and Weaponized Narratives.

Our department hosts occasional lunch roundtables for students and faculty each semester with prominent academicians, judges, and politicians. These intimate gatherings offer our students an opportunity to learn more about important issues challenging our society from the perspective of those on the front lines. 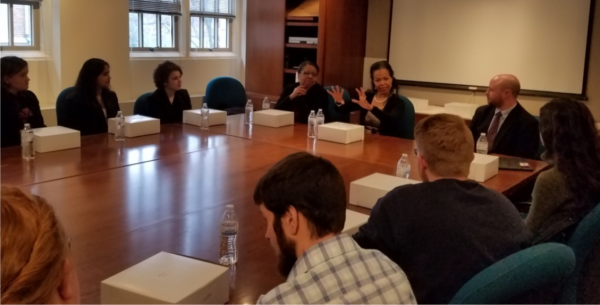 Pictured above: Students at a lunch roundtable with Ambassador Gina Abercrombie-Winstanley (2017)