Thursday, January 19, 2017, JCU is proud to welcome the Most Reverend Edward K. Braxton, Ph.D., S.T.D., Bishop of the Diocese of Belleville, Illinois, who will present

"The Catholic Church and the Black Lives Matter Movement: The Racial Divide Revisited" 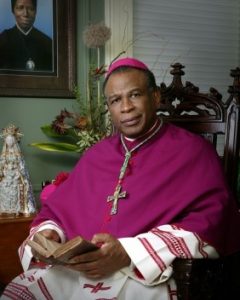 The Bishop was invited to campus by President Robert Niehoff, S.J. in order to commemorate the 88th anniversary of the birth of Dr. Martin Luther King, Jr., and the 50th anniversary of the election of Mr. Carl B. Stokes, the first African-American mayor of a major American city. (This event is presented as a part of the 2017 Stokes: Honoring the Past, Inspiring the Future yearlong, community-wide commemoration of this anniversary. JCU joins over 60 Cleveland-area participants on this project. For more information about this and other events in the Stokes Commemoration project, see stokes50cle.com.) The Bishop’s address will examine key elements contributing to the racial divide in the United States and the emergence of the Black Lives Matter Movement from the perspective of the Catholic Church. He will explore the reasons why only a small number of African-Americans are Catholics (2.9 million out of nearly 70 million American Catholics), the “all lives matter” vs. “Black lives matter” debate, the negative impact of “minority,” ”minority group” language, conflicts over issues of morality, and the impact Catholic social doctrine and the Good News of Jesus Christ should have on the racial divide. About the Bishop: The then Father Braxton ministered for several years in the Diocese of Cleveland in the late 1970s and early 1980s. He was the Special Assistant for Theological Affairs to the late James Cardinal Hickey, when he was Bishop of Cleveland, serving as the Bishop’s personal theologian and research assistant. During that time, he was also a member of the faculty of theology at St. Mary Seminary and he was a regular celebrant and homilist for weekend Masses at St. Angela Merici Parish in Fairview Park, Ohio. While the Bishop’s formal education and writings in systematic theology have led to teaching positions at Harvard Divinity School and the University of Notre Dame, in recent years he has turned his scholarship to the question of the racial divide. In 2015, he issued his Pastoral Letter, “The Racial Divide in the United States: A Reflection for the World Day of Peace 2015.” In 2016, he published the companion Pastoral Letter, “The Catholic Church and the Black Lives Matter Movement: The Racial Divide Revisited.” These were followed by, “Moral Leadership in Action: All Lives Really Do Matter” and “There are No Minority Voters.” Since their publication, Bishop Braxton has lectured nationally, becoming a leading voice in the Catholic Church on improving race relations. The Bishop’s writings and addresses are intended to invite individuals and groups to enter into conversations about important and sensitive subjects without judging others in the hope of attaining greater understanding, mutual respect, and realistic efforts to bridge the racial divide. Read more about Bishop Braxton on the Diocese of Belleville website at www.diobelle.org. Some of Bishop Braxton's Pastoral Letters and Articles: 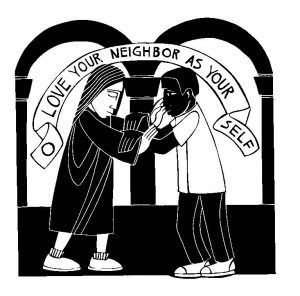