Meghan O’Rourke began her career as one of the youngest editors in the history of The New Yorker. Since then, she has served as culture editor and literary critic for Slate as well as poetry editor and advisory editor for The Paris Review. 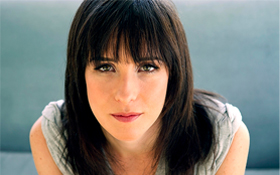 Photograph by Sarah Shatz Her essays, criticism, and poems have appeared in Slate, The New Yorker, The New York Times Magazine, The New York Times Book Review, The Nation, Redbook, Vogue, Poetry, The Kenyon Review, and Best American Poetry. O’Rourke is also the author of the poetry collections Once (2011) and Halflife (2007), which was a finalist for both the Patterson Poetry Prize and Britain’s Forward First Book Prize. She was awarded the inaugural May Sarton Poetry Prize, the Union League Prize for Poetry from the Poetry Foundation, a Guggenheim Fellowship, a Radcliffe Fellowship, a Lannan Literary Fellowship, two Pushcart Prizes, and a Front Page Award for her cultural criticism. One of three judges chosen to select Granta’s Best Young American Novelists in 2007, she has been a fellow at the MacDowell Colony and a finalist for the Rome Prize of the Academy of Arts and Letters. A graduate of Yale University, she has taught at Princeton, The New School, and New York University. She is currently working on a book about chronic illness. She lives in Brooklyn, where she grew up, and Marfa, TX. This event is free and open to the public. For details, contact Dr. Philip Metres: pmetres@jcu.edu or 216.556.1101.