THE WOMEN OF THE WALL Rabbi Rachel Sabath Beit-Halachmi, Ph.D.

The Women of the Wall: Freedom to Worship at the Kotel Thursday, 13 September 2018, 7:30PM JCU Dolan Science Center Donahue Auditorium Since the creation of the State of Israel, the Jewish-Democratic country wrestles with a number of multifaceted dilemmas including: its relationship to the Jewish communities throughout the diaspora; the necessity and complexity of religious pluralism; and the role of women in society, in religion, and in the military. Women of the Wall, founded over 25 years ago, is a powerful case-study of all these dilemmas. It touches on three major questions: What is the role of women in Jewish public spaces? Is non-orthodox Judaism legitimate in Israel? And what is or should be the role of Diaspora Jewry in shaping Israeli society and responding to such dilemmas? Rabbi Sabath will dive deeply into all these questions as seen from academic, religious, and personal perspectives. Rabbi Rachel Sabath Beit-Halachmi, Ph.D., serves Hebrew Union College-Jewish Institute of Religion as the National Director of Recruitment and Admissions and Assistant Professor of Jewish Thought and Ethic. Rabbi Sabath was also named President’s Scholar in 2013. Prior to her HUC-JIR appointment, Rabbi Sabath served as Vice President of the Shalom Hartman Institute, as a member of the Institute’s faculty, and directed the Hartman Lay leadership, Rabbinic leadership, and Christian leadership programs. Ordained at the HUC-JIR over 20 years ago, Rabbi Sabath also earned a PhD in philosophy from the Jewish Theological Seminary. Rabbi Sabath wrote a monthly column in the Jerusalem Post and has co-authored two books and published numerous articles. Rabbi Sabath also teaches and mentors students of HUC-JIR and speaks throughout North America on leadership, Israel, gender, and theology. She is currently writing a book on the future of covenant for Jewish Peoplehood. 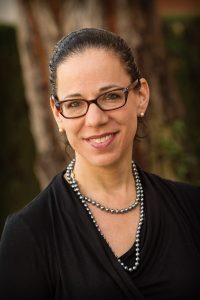