In celebration of Black History Month, John Carroll University is presenting numerous events to the campus and surrounding community. All of the following events are free and open to the public. 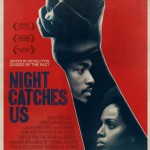 Friday, February 18, 2011: Night Catches Us will be shown at 6 p.m. in the Jardine Room of the D.J. Lombardo Student Center as part of the Black Film Series, which is hosted by the African American Alliance. In 1976, complex political and emotional forces are set in motion when Marcus (Anthony Mackie, The Hurt Locker, Brother to Brother) returns to the Philadelphia neighborhood where he came of age during the Black Power movement, protecting a dangerous secret in a struggle against the revolution he once embraced and rediscovering a forbidden love (Kerry Washington, Ray, Lift). For more information on the movie, visit www.nightcatchesus.com or contact Maurice Redd at mredd13@jcu.edu. 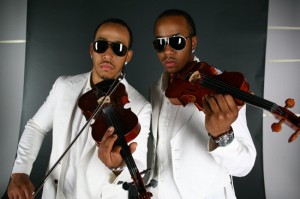 Thursday, February 24, 2011: As part of the 2010-2011 Dr. Shirley S. Seaton Cultural Awareness Series, the Office of Multicultural Affairs presents a discussion and concert by Nuttin’ But Stringz, finalists from America’s Got Talent, at 7 p.m. on Thursday, February 24, 2011. Nuttin’ But Stringz features Tourie and Damien Escobar on violin. They combine the classical sound of the violin with pop, R&B, and hip-hop. Once teased for carrying their violins through the streets of New York, they attended the legendary Julliard School and strive to bridge the gap between popular and classical music. They have been featured on theTonight Show, The Today Show, and in the motion picture, Step Up. The event will take place in Kulas Auditorium and is free and open to the public. For more information, please contact the Office of Multicultural Affairs at 216.397.4185. Thursday, February 24, 2011: A Multicultural Food Fair, sponsored by the Student Union Programming Board, will be held at 8 p.m. in the Atrium of the Dolan Center for Science and Technology. Come enjoy food from more than a dozen cultural groups at JCU, including: African American Alliance, Latin American Student Association, Middle Eastern Student Associate, Italian Club, LeCercle Francais, and much more. 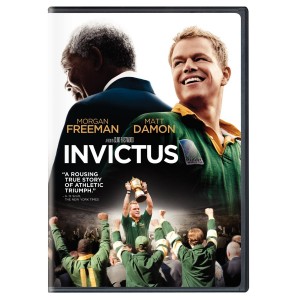 Friday, February 25, 2011: Invictus will be shown at 6 p.m. in the Jardine Room of the D.J. Lombardo Student Center as part of the Black Film Series. The film tells the inspiring true story of how Nelson Mandela joined forces with the captain of South Africa's rugby team to help unite their country. Newly-elected President Mandela knows his nation remains racially and economically divided in the wake of apartheid. Believing he can bring his people together through the universal language of sport, Mandela rallies South Africa's rugby team as they make their historic run to the 1995 Rugby World Cup Championship match. Friday, February 25, 2011: The African American Alliance is sponsoring a “One Night at The Apollo” talent competition at 10 p.m. in the Marinello Little Theater. “Amateur Night at The Apollo” comes to JCU for one night. There will be plenty of performances, laughs, and some amazing prizes, including at Blu-Ray DVD player, a touchscreen mp3 player with built-in digital camera, and a 10 megapixel digital camera. Come participate or join the audience for a good time. There will be plenty of food and fun! If you are interested in competing for some great prizes, contact Maurice Redd at mredd13@jcu.edu for more information.