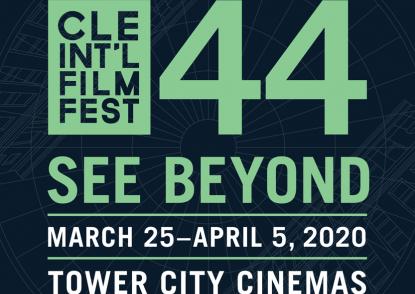 John Carroll’s Center for Student Diversity and Inclusion (CSDI) will sponsor a film at the 44th annual Cleveland International Film festival at the end of March. CSDI will also sponsor post-screening film discussions for each day the film airs at the festival.

The film, Hungry To Learn, follows the issues presented to students of lower incomes as they pursue higher education in a marketplace that is becoming more expensive for Americans:

As the price of tuition and the cost of living continues to rise, getting a higher education is becoming more and more expensive for Americans. So expensive, in fact, a growing number of students find themselves going hungry and homeless in pursuit of a degree. Many endure their struggle in silence, thinking they are the only ones left to choose between classes, books, and daily meals. But, unfortunately, this situation is much more common than we’d like to believe. With the average student graduating with around $37,000 in debt, affordable education is clearly an enormous problem for families and individuals nationwide. Documenting the experiences of four college students as they battle food insecurity and poverty, HUNGRY TO LEARN opens the conversation around the price of education, and those suffering under the current system, in the wealthiest country in the world.

Directed by Geeta Gandbhir and produced by Soledad O’Brien, Hungry To Learn presents a unique view on the struggles students endure on their journey to earning a degree in higher education during the 21st century. Gandbhir is the recipient of two Emmy Awards for her for her filmmaking and has also won an Academy Award as an editor. O’Brien, the CEO of Starfish Media Group and a former CNN morning news anchor, has previously been named journalist of the year by the National Association of Black Journalists and taught as a Distinguished Fellow at Harvard University in 2013.

Salomón A. Rodezno, M.Ed., Director, Center for Student Diversity and Inclusion, spoke on the importance of John Carroll sponsoring the film:

CSDI supports the screening of HUNGRY TO LEARN because the film aligns with our mission and vision to educate the entire campus on issues of diversity, equity, and inclusion. Since 2011, our department listens to students’ stories and advocates for students experiencing a range of issues that have too often included an inability to access basic needs. These areas may be physiological (food, shelter, sleep, clothing, and safety) and/or regarding safety (personal security, health, resources), and/or are connected to love and belonging (family, friendship, and sense of connection). Ideological, interpersonal, institutional, and internal manisfestations of prejudice, bias, discrimination, and hate complicate these needs and often disproportinately impacts underrepresented popluations that CSDI serves. These all have an impact inside and outside the classroom, which sometimes lead JCU students to leave JCU without a degree and with debt. CSDI also wants to make sure that we also see these issues also impacting faculty, part-time faculty, staff, contracted staff, etc. The more awareness, knowledge, skills, and resources we offer to campus the better we are setting up our campus to help students to succeed and graduate JCU with a degree. This film is just the first step in understanding the issues and the complexity of them because it's not just about food.

Screenings for Hungry To Learn are scheduled for Sunday, Mar. 29 at 1:20 p.m. and Monday, Mar. 30 at 7:00 p.m. This marks CSDI’s third year sponsoring a film at the event and will be the eighth year students will be taken to the festival.