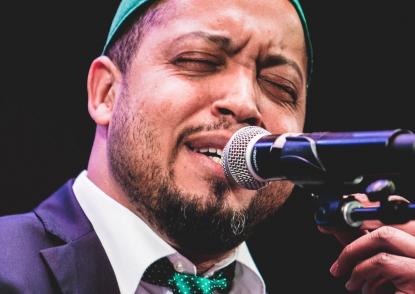 The Nursi Chair in Islamic Studies at John Carroll University is proud to host the 13th Annual Week of Islamic Art and Culture on the campus from March 9-13.

On Mar. 9, Anna Moreland, a professor from Villanova University, will speak to attendees about her upcoming book, “Muhammad Reconsidered: A Christian Perspective on Islamic Prophecy?” The book engages Islam within Christian traditions and the role of the prophethood of Muhammad through documentation from Vatican II and the work of several key Christian theologians.

Mar. 11 will feature a showing of the film Enemy of the Reich: The Noor Inayat Khan Story. The film centers around Noor Inayat Khan, a Muslim female whose courage and mental fortitude were tested in Nazi-occupied Paris during the early 1940’s.

Mar. 12 will also feature a film showing: Who’s Next? The film examines the effects of hate speech and bigotry on the lives of Muslim-Americans.

On Mar. 13, enjoy Sufi music with the Boston-based Noor Ensemble for Spiritual Music. The group of international musicians will perform classical and contemporary Sufi music from Morocco and elsewhere in the Islamic world. Prior to the performance, Aaron Harun Spevack of Harvard University will present an overview of the Islamic and Sufi musical tradition.

All events are free and open to the public and begin at 7 p.m. in the Donahue Auditorium of Dolan Science Center.

For more information, visit the Nursi Chair website at go.jcu.edu/nursi.

"Religious Pluralism: A Challenge to Islam in Dealing with Human Rights"

Dr. Zeki Saritoprak - Caring for the Book of Nature: An Islamic Approach to the Environment.