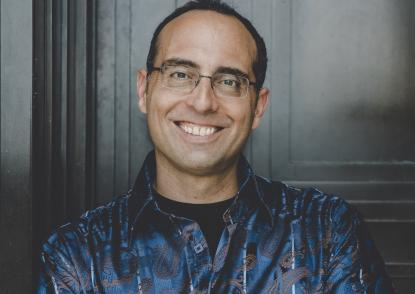 Dr. Philip Metres, a professor in John Carroll’s English Department, was recently featured in the New York Times Magazine for his poem Ode to the Oranges of Jaffa.

Selected by Naomi Shihab Nye, the Times called Metres’ work on Jaffa, “particularly searing to read during days when annexation of the occupied West Bank is bandied about like a bargaining chip and people make decisions for other people’s lands with no just resolution.”

The feature story on the below poem can be found here.

Ode to the Oranges of Jaffa

My father used to buy the ones too large to ship. We’d scoop the insides and eat it and then make jack-o’-lanterns out of them.

to remove. For you’re seedless & tough

For your juice starts sweet, then runs

bitter. For naranj comes from Sanskrit,

the earth you come from, & perfume

the whole city, when wind pages through

your leaves. For by 1845, thirty-eight million

shipped to farther shores. Then symbol

of Arab-Jewish cooperation, before the war,

then orange engine of the new Israel.

For the last Jew to grow them now says, to cut

the orchard down would be to cut out my heart. 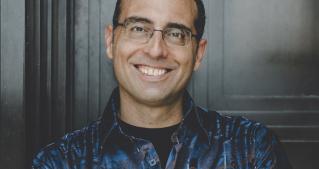