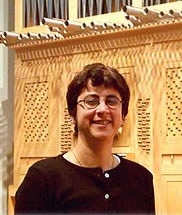 Cynthia Anne Caporella, Ph.D., began her service to John Carroll University in August of 1994. In her current position as Director of Liturgical Music and Musical Arts she is responsible for music at all major liturgical functions, regular Sunday liturgies and prayer services. In addition she directs the JCU Choral organizations, and supervises the JCU instrumental program as well as all fine arts musical offerings. Cynthia holds a Doctorate of Philosophy in Musicology/Ethnomusicology, and Master of Music degrees in Vocal Coaching and Accompanying as well as Piano Performance. She regularly performs as a choral director, chamber musician and vocal accompanist in the Greater Cleveland area. Cynthia’s article, entitled Jesuita non cantat: Evidence from the Inaugural Year of the Roman Church of the Gesù

was published in the GIA Quarterly: a Liturgical Music Journal, in the Fall 2006 issue. Her article “Heart to Heart: Music on the Jesuit Campus” is published in the journal Conversations and concerns music ministry in the context of college life. Cynthia can be reached in her office, Room #24 in the D.J. Lombardo Student Center at (216) 397-1609 or by e-mail at ccaporella@jcu.edu. 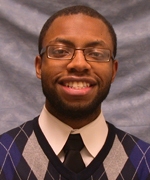 During the 2015-2016 academic year, Andre served as the Brass Instrumental Music Head at Notre Dame College Department of Bands. Andre earned his Bachelors Degree in Music Education in May 2012 from Kent State University. He is an outstanding trombone performer and is experienced in a variety of ensembles ranging from orchestral and concert band settings to jazz, big band, and chamber music settings. During the 2013-14 academic year, Andre was the Director of Instrumental Music in Southern Maryland teaching at Thomas Stone High School. He taught piano, String Orchestra, Symphonic, Concert, and Jazz Band, as well as Marching and Pep Bands. Andre has served as a camp clinician with the Kent Roosevelt, Bedford, Brecksville Broadview Heights, Tallmadge, Solon, and Southeast High School bands in addition to being an experienced private teacher at Woodsy’s Music Store in Kent.

His teaching goals are to build strong musical foundations and make the music come alive but most importantly have a passion for music. 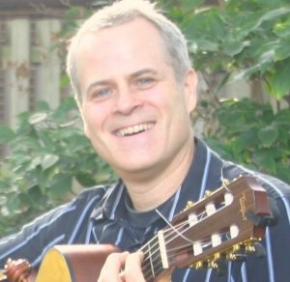 James Carr is a guitarist, vocalist, composer, and arranger who performs an eclectic array of music which includes Celtic, latin, jazz, classical, and contemporary. He has written and arranged numerous choral and chamber pieces. He has a Master of Music degree from Boston University and undergraduate degrees from John Carroll University and Baldwin Wallace University. Commissions and performances of his music include the Baldwin Wallace Festival of Contemporary Music, Massachusetts Music Educators Conference (Composer of the Year), Harvard University Concert Series, and Opera Club of New England. He is currently Director of Music at St. Dominic Church in Shaker Heights. 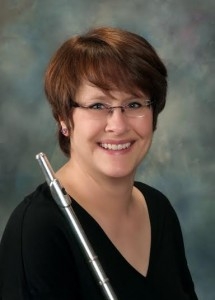 Gayle Getts earned her Master’s degree in flute performance from the University of Illinois at Urbana-Champaign, studying with international renowned Alexander Murray, formerly principal flutist of the London Symphony Orchestra. She holds a Bachelor of Music degree from Baldwin-Wallace College, studying with William Hebert, Piccoloist of The Cleveland Orchestra. Since that time she has been an active freelance musician, recitalist, clinician, and private flute instructor throughout Northeast Ohio and is a Musician-in-Residence of The Cleveland Clinic. Her performing has taken her to Severance Hall and Blossom Music Center as a member of the Blossom Music Festival Band. She has appeared with Yanni, the Moody Blues, and Il Divo, among others. In addition, she has been principal flutist of the Cleveland Symphonic Winds, Lakewood Hometown Band, and the Sounds of Sousa Band.

Johnny Cochran became the Director of the Jazz Ensemble at John Carroll University in August 2017.