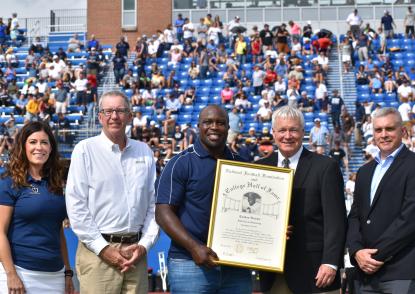 Prior to Saturday’s recognition, the Goodyear Tire & Rubber Company surprised Fletcher with a ride in the Goodyear Blimp alongside his former high school and college coach Mike Moran. Moran led the John Carroll men’s basketball team for 25 years before retiring in 2017. He is in his 27th season as the head men’s golf coach at JCU.

Coach Moran shaped my life in a tremendous way,” Fletcher said. “At the time I met him, he became a father figure. He instilled discipline and accountability. There were no excuses I could give him. He taught me some great lessons that I hold on to today. My relationship with Coach is special. It has evolved from father figure, to head coach, to friend.

Fletcher and Goodyear also partnered on a video celebrating his journey as a child in inner city Cleveland to becoming the first DIII student-athlete inducted in the CFHOF.

If you are a news reporter or photographer seeking an expert interview, John Carroll University can connect you with the appropriate resources based on your interest. 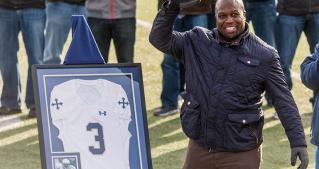 London Fletcher to be Honored Sept. 28 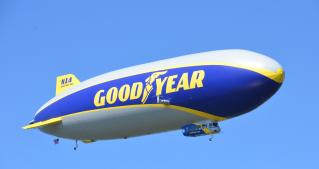 Goodyear Blimp to Fly Over John Carroll on Sept. 28