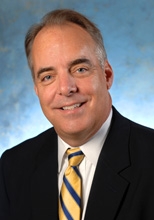 Dr. McCarthy came to JCU from Marquette University, where he was Assistant Vice President for Student Affairs/ Dean of Student Development. He has more than 35 years of administrative experience in a variety of student affairs areas at both public and private institutions.

He holds a Ph.D. in educational policy and leadership from Marquette University, a master’s degree in student personnel administration from the University of Maryland, and a bachelor’s degree from Pennsylvania State University.

Through his work, Dr. McCarthy aspires to encourage active student involvement and a strong, vibrant, and diverse campus community; foster a lifelong ethic of service and a commitment to working for a more just society; and enhance student leadership and character development. He also has extensive experience in the development and implementation of learning assessment in the co-curriculum.

Dr. McCarthy is a member of Phi Beta Kappa and has served on the executive board of the Jesuit Association of Student Personnel Administrators (JASPA), as well as several committees of the National Association of Student Personnel Administrators. He is the recipient of the 2015 Marquette University Alumni Association College of Education Achievement Award and the 2005 Ignatian Medal for Outstanding Achievement in Jesuit Student Affairs Work. 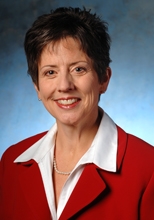 Sherri joined the division of Student Affairs at John Carroll University as the Dean of Students in 2004. She has more than 20 years of experience in Student Affairs working at both private and public institutions around the country. Sherri moved to Ohio in 2004 after spending the previous 10 years in Minnesota and appreciates the warmer winters!

After receiving a B.S. in psychology from the University of Wisconsin-Stevens Point, Sherri attended Penn State University and earned a master’s degree in counseling. Sherri completed her Ph.D. in 2001 from the University of Minnesota and focused her research on better understanding the experiences for African-American students who attend predominantly white institutions. 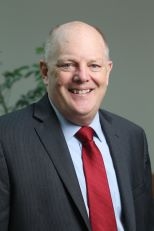 Pat joined JCU in January 2017 as the Assistant Vice President for Student Affairs and Executive Director of Career Services, having served most recently as the Director of External Relations for the Maurice Horowitch Career and Life Outcomes Center at Hamilton College.. Pat graduated from St. Bonaventure University with a BBA in accounting. After serving as an officer in the US Navy, Pat received his MS in counseling at San Diego State University. Pat has spent most of his career since then in a variety of private higher education institutions with a focus on new program development in career services and student affairs. 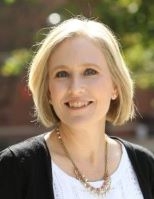 Mary Ann has served John Carroll University as the Assistant to the Vice President for Student Affairs since January 2006. She has been at JCU since May 1999 and has worked in Residence Life as an Area Coordinator and as the Director of Student Activities. In 1993, she received a B.A. in psychology from Bowling Green State University. In 1995, Mary Ann returned to Bowling Green and graduated in 1997 with an M.A. in college student personnel. Previous to working at John Carroll University, Mary Ann worked at The University of Findlay in student activities and Greek life and at Saint Louis University in residence life. 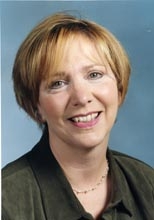 She has been employed at JCU since 1994 and loves interacting with the students as well as being part of the JCU community. She lives in Lyndhurst with her husband Bob, and has three children, Candace, Bobby, and Courtney and ten grandchildren.