John Carroll University is pleased to announce the recipients of its prestigious Alumni Medal including:

Please join me in congratulating this year's class of alumni award winners. 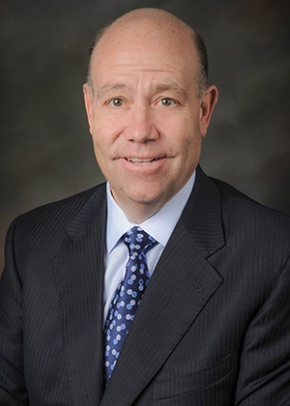 Umberto Fedeli ’82 is the president and CEO of The Fedeli Group, a Cleveland-area business he has owned and operated in service to others for over 30 years. The Fedeli Group is one of the largest privately-held risk management and insurance firms in the state of Ohio. As those who know him can attest, the success of the firm has provided a platform for Umberto to feed his passion and bring people together in concert with his deep devotion to his faith. Umberto is a member of several boards in town, including the Cleveland Clinic Foundation where he  serves as chair of Government and Community Relations. He and his wife, Maryellen, received the Distinguished Fellow Award by the Cleveland Clinic and Umberto has co-chaired the Clinic’s annual Children’s Gala. Near and dear to Umberto’s heart is his Italian heritage. He serves as chair of the Northern Ohio Italian American Foundation (NOIA), a charitable organization he helped establish in 1995. Career achievements and dedicated service to his community aside, Umberto has also led the advancement of his alma mater as a past board member and in support of academic and campus initiatives throughout the years. Cementing his belief in the JCU experience, Umberto has sent his own children to John Carroll and continues to hire JCU students as interns at his company. 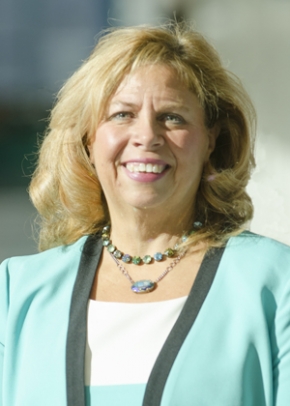 Holly Perzy, MD, MMM ’85 is the chair of the Internal Medicine-Pediatrics Department for the MetroHealth System. After graduating summa cum laude from John Carroll University, Holly would go on to the Case Western Reserve University School of Medicine and complete her residency at MetroHealth Medical Center and her fellowship at the National Association of Public Hospitals. She also earned her Master of Medical Management degree from Carnegie Mellon University. The Cleveland native has held several progressive leadership positions at MetroHealth since joining the system in 1989. Universally known for her care for her patients, Holly also developed the first combined Internal Medicine-Pediatric Department in the nation and served as the first-ever department chair of Med-Peds. She was also the creator and medical director of MetroHealth’s Southwest Satellite, the first far-suburban satellite for the system, growing it from a small practice to a major operation. A recipient of countless honors and accolades in her field, Holly was also presented with the degree of Honorary Doctor of Humane Letters, honoris causa, from John Carroll University in 2017. She remains connected to JCU as a member of the Medical Health Professions Advisory Council, mentoring students entering the field of medicine. 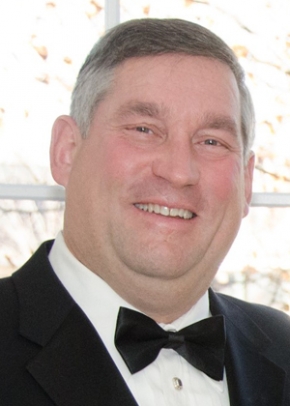 Michael Schmidt ’81 is vice president of CP Environmental, an organization that manages clean-up of heavy industrial sites. After receiving his Juris Doctor degree, he became a valuable member of his organization by starting out in the foundational areas of the business. Working hard and getting his hands dirty has long been the hallmark of Mike’s way of proceeding since his college days. Perhaps even more notable than his professional accomplishments and his unwavering support of John Carroll, its mission and students, is Mike’s commitment to others and to his community.  Mike’s dedication to causes throughout the years has been diverse and deep, but he has more recently focused on the Misericordia mission of Chicago, a community of care that maximizes the potential for persons with mild to serious developmental disabilities. By serving society’s most vulnerable citizens, Mike signals his profound appreciation for the Jesuit mission. His other areas of focus are in education at Mount Carmel High School in Chicago and JCU. A proud member of the Iota Chi Upsilon fraternity at JCU, Mike spearheads the IXY Scholarship. Through one of the University’s largest endowed scholarships, Mike has helped pave the way for many students to realize their dreams through the JCU experience. 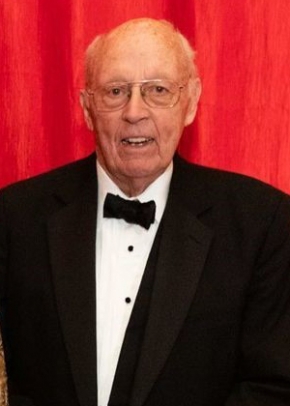 Joseph Sullivan ’53 is a retired partner at Calfee, Halter & Griswold LLP and former president of the Graphite Products Corporation. He has provided decades of leadership and service to his local community as well as John Carroll University. In addition to his service on the JCU Board of Directors, Joe and his wife, K.K., have hosted JCU gatherings in the Cleveland area and Florida. Joe has been especially supportive of key scholarships and campus initiatives throughout the years that advanced the University and bolstered JCU’s competitive edge in the student recruitment market. Together, the Sullivans have championed civic institutions such as Cleveland’s Playhouse Square, the Great Lakes Science Center, Holden Arboretum, Ursuline College, and the Western Reserve Historical Society, among others. Joe received his Bachelor of Science degree in English from John Carroll and his law degree from the University of Michigan, Ann Arbor.

James ’65, John “Jack” ’67, and Dennis ’70 Winchester, three brothers hailing from Atlanta, have established an unprecedented legacy at John Carroll University which warrants unprecedented recognition. Because their work in service to others is typically done as a unit, the Winchesters will be honored as one. That said, each member of the Winchester family has left their mark through their decades-long support of the University and distinguished career excellence. James, Jack, and Dennis each hold corporate officer roles with The QUIKRETE Companies, the largest manufacturer of packaged concrete in the United States.  The Winchester brothers have each served on the JCU Board of Directors at different times and are staples at JCU events pertaining to their class or their hometown of Atlanta, often hosting alumni engagement events for the community. They have traveled far and wide in support of JCU and in an effort to advance the University including involvement with the JCU Alumni Travel Program’s first trip to Tuscany and in support of the Blue Streak football program for its 2012 season opener in Dublin, Ireland. In addition to their many years of engagement, a critical aspect of the Winchesters’ legacy is their commitment to the University’s Forever Carroll Campaign in 2014. Through their generosity, countless students will be provided access to a JCU education for years to come.

Caitlin Huey-Burns '09 is a political reporter for CBS News, currently covering the 2020 presidential campaign. In that role, she interviewed every Democratic candidate running for president, including the eventual nominee former Vice President Joe Biden. Caitlin also reported on the 2018 midterm elections that sent a historic number of women to Congress.

Prior to joining CBS News, Caitlin was a national political reporter for RealClearPolitics, where she covered the 2016 presidential campaign, Capitol Hill, and the inaugurations of President Obama and President Trump. Caitlin was featured in a New York Times profile of millennial campaign reporters and in a Huffington Post piece on ways young reporters can revitalize political journalism. She also wrote about politics for Glamour Magazine and Women's Health, and was a frequent guest on cable news programs. Her career includes stints at NPR and US News and World Report.

Caitlin earned her degree in Political Science and English in 2009, and her masters degree from Georgetown University in 2011. While at JCU, Caitlin served as the campus editor for the Carroll News. She met her husband Matt Rodak (Class of '07) during her freshman year. They reside in New York City. 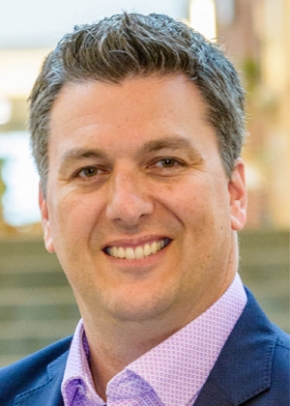 Doug Ennis '93, received his Master’s of Science, Information Technology and Security at Capella University, and his Bachelor’s in Computer Science at John Carroll University.

Doug is currently the AVP of Western US Sales at NS1 has over 20 years of management experience ranging from information technology, consulting, and sales. He has developed a deep understanding of the networking and cybersecurity landscapes. Outside of his day job responsibilities, Doug is a publicly elected official serving as Park Commission for the Elmhurst Park District.  He is a DJ/Producer and most recently performed in the House of Blues Foundation Room, Chicago.  Doug has been on the JCU Alumni Board in Chicago for 6 years and Board President for the last 4 years. 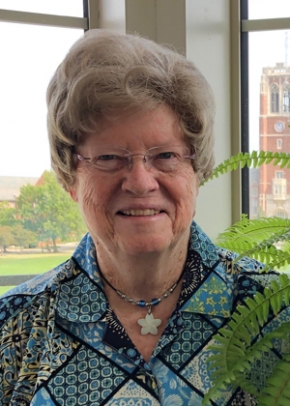 Dr. Helen Murphy '67G has just celebrated her 50th year of being a teacher, researcher and role model at John Carroll University. Dr. Murphy earned her Master’s degree at JCU in Biology, and her Ph.D. in Psychology at Illinois Institute of Technology.  In collaboration with Dr. Cyrilla Wideman, she founded the Neuroscience Concentration;  they  have  published over 45 peer-reviewed journal articles, over 150 abstracts and continue to  present at national conferences each  year.  Her invited honors include: American Men and Women of Science, Community Leaders and Noteworthy Americans, International Who’s Who in Ohio, Who’s Who in the Midwest, World Who’s Who of Women, and World Who’s Who of Women in Education.  In 1980, forty years ago,  Dr. Murphy was the first woman to receive the John Carroll Distinguished Faculty Award. This year marked the 33rd CONSECUTIVE year that Dr. Murphy has mentored neuroscience students in research, which they then presented at a national conference, and where multiple students won Awards of Excellence for their research.