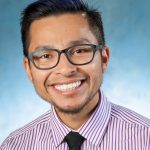 Salo (he/him/his) began working at JCU in 2011 as Program Coordinator and was promoted to Assistant Director in 2014. He became Director in December 2016 after serving as Interim Director from June 2016 to November 2016. As Director, Salomon continues to support historically underrepresented and marginalized students on a 1:1 basis and mentors all cultural student organizations. He helps develop comprehensive student programming and services that improve the diversity of the student body to promote a culture of inclusive excellence. Salomon periodically teaches courses at the College of Arts and Science and the Boler School of Business. His M.Ed. is in Higher Education and Student Affairs Administration from the University of Vermont, his B.A. in Visual Arts from the University of California San Diego, and he is a graduate of the Social Justice Training Institute. Salomon is currently the Secretary for the Ohio Consortium of Multicultural Centers in Higher Education. Fun fact: he is an avid dragon boat paddler since 2012 and has won bronze and silver medals for his teams Motivasians and Spinning Dragons. Contact Salo at srodezno@jcu.edu or 216-397-1583. Instagram @shlomo4u 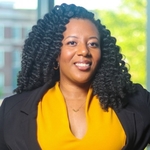 Dr. Green (she/her/hers) began working at JCU in 2018 as the Post-Masters Diversity Fellow. She is from East Cleveland, Ohio, and a proud Bearcat, having received all three of her degrees in sociology from the University of Cincinnati in 2009 (B.A), 2012 (M.A.), and 2018 (Ph.D.). Dr. Green, or “Dr. G,” as she is affectionately called, has presented her own research at many sociological and diversity conferences and has taught various classes such as Media and Society and Contemporary Social Problems at previous institutions. Her work at CSDI is focused on engaging first-year students in the M.E.L.T. program, assisting and advising student organizations, and creating and implementing programs that focus on consciousness-raising and inclusive excellence. Fun facts: Dr. Green is an only child, addicted to ice cream, is a lover of HBCU-style marching bands, and is a very involved alum with her alma mater marching band, Shaw High School Mighty Marching Cardinals, where she helps fundraise, chaperone trips, and mentor current band students. Contact Dr.Green at axgreen@jcu.edu or 216-397-1972 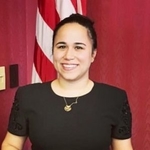 Selen Zarrelli (she/her/hers) began working at JCU in 2018; she is the Program Coordinator for Wayfinders Program. Before joining JCU, she worked in the hospitality and staffing industry as a manager. Her B.B.A. is in International Relations, Department of Business Administration from Ege University in Izmir, Turkey. She has studied Political Science at Universiteit van Gent at Ghent, Belgium as an exchange student. During her studies, she was actively volunteering in various projects. She was selected to represent Turkey in a project called “Cultures in Globalism” in Warsaw, Poland, through the European Union. She is a member-at-large in the JCU's Staff Council and co-facilitator for Working Parents and Guardian and Women of Color Employee Resource Groups. Fun Facts: Despite her first name is Ayse; everyone calls her Selen. She enjoys representing her spirit through photography; recently, her work was published as a book cover in Italy and won an award in a competition sponsored by The World Bank. Contact Selen at azarrelli@jcu.edu or 216-397-4185. Instagram @seleniaa 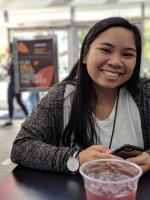 Angela Aviquivil (she/her/hers) earned her B.S. in Psychology from John Carroll University in 2019. She is continuing her education at JCU in the Clinical Mental Health Counseling Program. During her undergrad, she served as a resident assistant, an orientation leader, and an intern for the Immersion Program. She is excited to continue her education at the school that made her who she is today. She is from Parma, Ohio, and in her free time, she loves listening to podcasts, reading, watching documentaries, and exploring! Fun fact: she was right-handed until first grade. Instagram a_aviquivil

Gina Talerico (she/her/hers) is a senior majoring in Psychology with a minor in Theology and Religious Studies. Along with interning for CSDI, she serves as a Peer Advisor in the Center for Career Services and Research Assistant for the Psychology Department. She was also part of the MELT program as a mentee and mentor for 3 years. Off-campus, she works as a behavior technician working with children with developmental disabilities. She is from Parma Heights, Ohio, and in her free time, she enjoys bingeing shows, listening to podcasts, and spending time with her family!

Maya Williams is a senior majoring in Environmental Science and French. This year, she is excited to intern with CSDI and be working with CSSA as a Student Team Leader and liaison for service. For on-campus organizations and participation, she is an Arrupe scholar, the current French Club President, in the Women in STEM club, and has also been a student coordinator/participant in two immersions with Campus Ministry. She lives in Cleveland, Ohio. Off-campus free time, she LOVES watching Netflix, doing guided meditations, playing clarinet, hanging with friends and her cat, and being involved with anything that allows her to let my creativity flow! Fun fact: Her favorite store to shop at is American Eagle, so anything you see her wear, it probably is from American Eagle!"