College of Arts and Sciences

Home / Academics / About the College / Leadership

The arts and sciences are the foundation of John Carroll University. Our goal is to foster the mission of the university and help students develop the broad-based knowledge, critical-thinking abilities, and values-based leadership skills needed to serve and succeed in a complex global society.

Dr. Peter Kvidera is Interim Dean of the College of Arts and Sciences and Associate Professor of English at John Carroll University.  He served as the College's Associate Dean for Academic Affairs from 2009-2013 and Director of JCU's Integrative Core Curriculum from 2013-2017.  He earned his B.A. from Loras College, his M.A. from Marquette University, and his Ph.D. from the University of Washington. Before joining the faculty at John Carroll, he taught as a Mellon Fellow at Duke University’s Center for Teaching, Learning, and Writing. 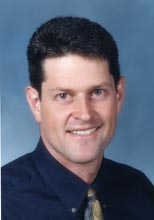 A native of Iowa, Dr. Kvidera is now happy at home in Northeast Ohio. He, his wife Melanie Shakarian, and their daughters Rose, Aida and Eliza, live in the City of Cleveland’s Edgewater neighborhood.

Ellen Valentine, Administrative Assistant
Dean of the College of Arts and Sciences
evalentine@jcu.edu
216.397.4215